← Do You Have A Soul?
We Love Women. Especially Cool Ones. →

Apparently the lord of some of you out there, Jesus Christ decided that he’d been a baaaad, baaad boy and reached his sparkly vampire finger out of the heavens to smite himself deep in the heart of Ohio, in the visage of a statue affectionately known as “Touchdown Jesus.”

"Me, save me from MEEEEEEEEE!!"

Read about it here

The Simpson/Hemstead theological strategists have been burning the early morning oil (not to be confused with a lower gastro-intestinal disorder I had last year)  since the call came in to reason out why Jesus would become the omnipotent version of a “cutter” and this was the short list of reasons:

These all seem viable to us, but another article in the news around the same time peaked our interest.  It showed this photo: 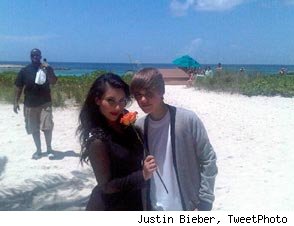 The apocalypse is coming, and a fat guy in tan shorts will document it all on his cell phone.

← Do You Have A Soul?
We Love Women. Especially Cool Ones. →