Checking In On Old Favorites

First of all, here’s a FAR better trailer for my day job:  Glorious HD goodness.

Secondly, after a long and exhaustive search, Simpson/Hemstead P.R. headquarters thinks that they’ve found us our Snorg Tees girl.  More info to come on that by the end of the week, I hope.

We spotted him again!  It wasn’t that hard, he was at the same table at the same coffee shop we last spotted him.  I guess the CLW is a creature of habit.  This time he was taking photos of a CD jacket with a Canon 60D while a weathered banker’s box sat next to him with the words “2008 receipts and paperwork” written on it in red.   Possibly to remind him of the blood he drew in an epic fight with Mojo or Yuriko. 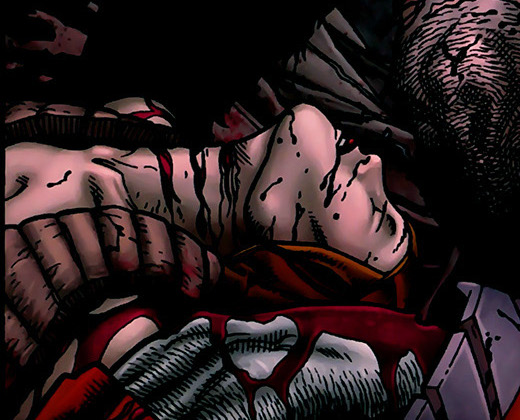 Audits can be a bitch

We overheard CLW talking to someone next to him and once I got past the fact that he sounds like a 10 year old girl with a head cold I focused in on what he was saying.  CLW is trying to sell audiobooks from his own website, apparently because he feels this market isn’t being serviced by Apple and Amazon.  Apparently he’s not doing so well because “nobody is buying books anymore.”  This has nothing to do with the fact he’s shooting product shots in a Starbucks, and he’s not Apple or Amazon.

I think I’m losing respect for CLW.  I felt sorry for him before, now I’m just pissed.  He used to be a retired superhero struggling to make it in the corporate world, now he’s just a retired superhero with a really shitty idea for a startup company.

I wish I got a better photo, but at the same time, I don’t know if my phone can capture shame. 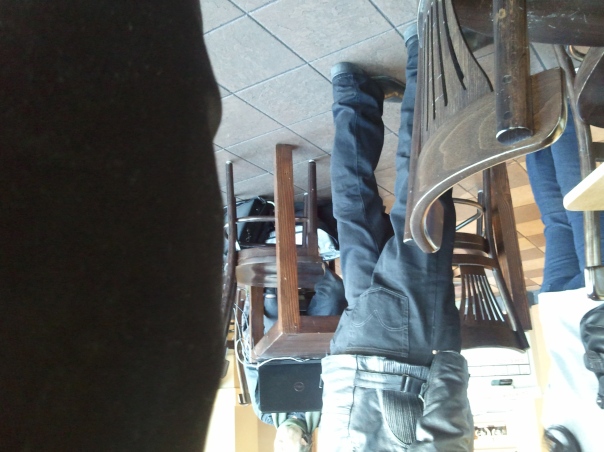 I was hoping upside down would make the shame run out..