← This Is How The Universe Expresses Simpson/Hemstead
Day Job Gets Antoine Dodsoned. →

Along my same drive to work, I spotted the L.A. Non-Consensual Conjugal Event Wagon again, and it looks bad. 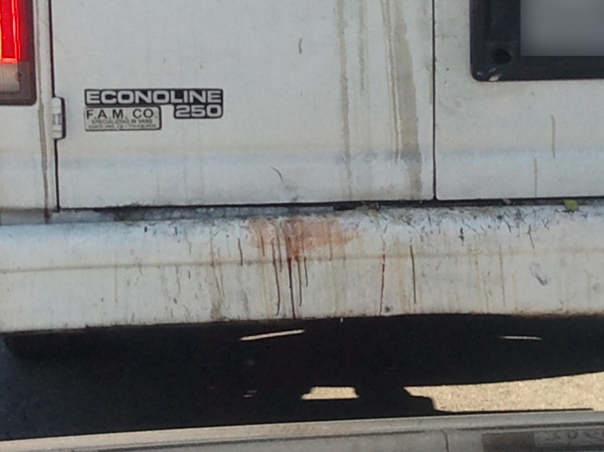 We don't want to go spreading gossip, but clearly that is blood from a Non-Consent.

Okay, so it could be paint.  And yes, there was a rather large extension ladder strapped to the top of this van, but shouldn’t we as a nation always be vigilant and overly-suspicious of potential Non-Consensual Conjugal Event Wagons?  One day we don’t question the paint on a bumper, the next Ted Levine is asking us to help him load a couch into his van.

← This Is How The Universe Expresses Simpson/Hemstead
Day Job Gets Antoine Dodsoned. →