Sorry Again For Our Absence, What Did We Miss?

You might think we’ve been campaigning while we’ve been away from the website; and we would agree that it would have been a good idea.  However, we have been standing outside a Robeks Juice in Culver City for the last month staring at this brain teaser they have posted on the door. 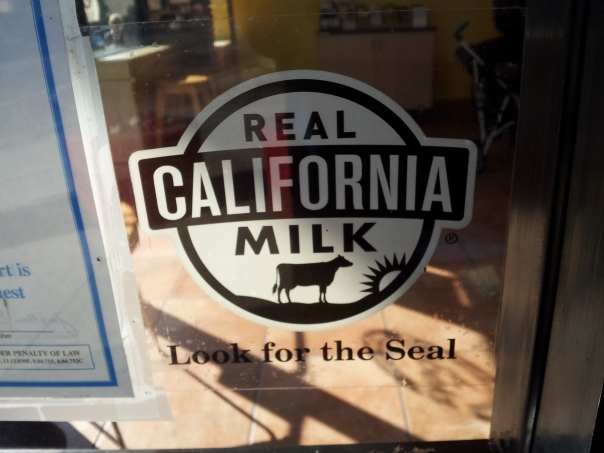 Where the f@#k is the seal?!  We see a cow.  We see a rolling pasture.  We see a sun.  Hell, we even see photons beaming off the sun.  But no f@#king seal.  Seriously, is he a ninja Waldo or something?  One month!  One month we’ve been here.  I need a goddamned shower.  Hemstead forgot how to poo.

Screw this ninja seal, I’m going to Chik Fil-A where there’s no goddamned brain teasers and you can just eat in peace.

Wait, WHAT happened at Chik Fil-A?  Why the f@#k were they fighting Muppets?  Why does ANYONE care if gays have the right to marry?  Does it mean everyone has to get gay married?  Is Kurt Russell up for grabs still?  No?  Then why does this affect anyone?  Okay, clearly we’re gonna have to do a reality check blog about this one here.

We leave for a little while and the country starts imploding.  But at least the B.S. war on women thing from earlier this year is over.

Representative Anakin said what?  Who the hell is that?  Jesus he looks like the crypt keeper!

Okay, clearly both sides of every argument have been running around lynching folk in a social media free-for-all the last couple months.  We’re sorry.  We’re back.  We’re going to help you make sense of all this.

There is no side that wins a war by stooping to the tactics they lament in their opponent.  Sit on that one for a while, look at what you’ve been doing -BOTH SIDES I’M TALKING TO HERE- and we’ll talk to each of you in term.

Let me get a shower in, and let Hemstead change his pants.