On Friday, November 2nd,  Jim experienced a stroke that has left him currently without the use of his left side.  He was fortunate in that he began receiving treatment within the first hour of symptoms appearing, and he is at a stroke facility.  Please know that Jim’s sense of humor is strongly in tact and it’s been reported to me that the slight slur in his speech is not different from Jim’s “three whiskey” dialect.

This is of course difficult news for the friends and supporters of Hemstead.  I’ve gotten permission from his wife, the first lady of Hemstead, to post updates as to his condition through the website free from the faux political bullshit we usually entomb our rhetoric in.  All of Jim’s posts will be tagged “Hemstead Update” so please find them through there.  He will be checking the website hopefully as of next week as well, so please feel free to comment below and send him your thoughts and well-wishes.  The family has asked to please not send anything to the hospital, therefore it will not be listed here, because he is currently in ICU and unable to have flowers and such in the room.

We receive updates from three sources currently with Jim and will combine all three into the most comprehensive updates we can as often as is possible.  As we all know Jim is a huge (read: borderline clinical) fan of the Muppets.  His father, who passed away when he was a teenager bought him his first muppet and they’ve been intertwined like the helix of DNA within Jim’s life ever since.  Jim danced with his mother to the Rainbow Connection at his wedding in honor of his father.  We went to Muppet Fest (the only one), watched the only live performance of the Muppet Show, and he even convinced Gonzo to paint his house.  The Muppets, as most of you know, are surrogate fathers, aunts and uncles to Jim.  I suggest you show your support by posting something Muppety on his Facebook wall.

And for god sake, if any of you are friends with any of the performers, Steve Whitmire, Dave Goelz, Bill Barretta, Kevin Clash, Karen Prell please send them my way. 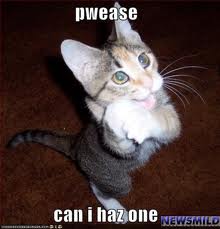 We’re not above begging or skullduggery

A group of Jim’s friends, both online and fleshy, have banded together to buy him an iPod so that he will have music, Muppets and access to the internet, so we hope to be seeing updates from him soon.

Okay, now for the updates:

Jim was with his 3 children on Friday when he commented he couldn’t feel his left side.  I’m still not sure who called 911, but the decision was apparently swift and he was taken to a nearby hospital that specializes in stroke treatment.  The doctors reported a bleeder in the right side of his brain.

Jim has been in the ICU ever since, with an elevated blood pressure and on heavy medication to help his body reabsorb the blood sitting on his noodle.  He was talking with Casey on Sunday, and has his sense of humor and all his faculties about him, but is currently under heavy sedation while they bring his blood pressure and some swelling down on his brain.  They’re aggressively treating him with medication and sedation to try to avoid surgery to alleviate pressure.

Do know that when he is awake he is in good spirits other than being somewhat bored by the whole thing.

I will post more later, but this is a good start.  please feel free to ask me any questions you have and I’ll get them answered as possible.

On behalf of Jim and his family, thank you for your overwhelming and continued concern and love.